Firstly, sorry for the lack of blog posts since Superpower. Life's been a bit busy between fixing cars, working and a promotion to Detachment Commander in the Army Cadet Force. I manage to do a little every now and again. The biggest step foreword I think is the rails in the harbour have been wired up so kids can shunt an engine from one end to another with a wagon. Otherwise, it's mostly small scenic things. Once I can successfully juggle everything and have some hobby time, posts will start again. Thanks Huw
Posted by Huw Einion Jones No comments: Links to this post

Well, I know it's a week late, but it has been a busy week between work, the army cadets, college, firing on the FR and various household tasks. The layout (almost) ran beautifully all weekend. The most obvious problem was the failiure of the headshunt point. No idea why, it just stopped working. But we still managed to run trains along the layout, it just meant a lot of light engine moves to collect the carriages from the station.
For me, the best part was being able to exhibit next to a phenomenal layout, Bron Hebog.
I'd like to say thanks to Rob, David and Francis for being kind enough to share some modeling know-how, allowing K1 to escape for a quick photo charter, letting Prince to run with a slate train on Bron Hebog and testing the abilities of 'Voulenteer' the Peckett as it hauled a 6 car WHR train along their layout. A link to Rob's blog is to the right of your screen.
There were some other great layouts there too. John Wooden showed his layout which unfortunately I didn't see running, but did inspire me to buy some Chris Veicht resin slate loads for some waggons and tempted me to buy a Chris Ward Fairlie kit.... in the future perhaps!
Other layouts included Dinas Ddu, Tipton and Clydach Valley with it's superb Garratts and Peckett that even had a moving lubricator drive!
Seeing all of these wonderfull layouts has inspired me to get on with my own, using points noted from the Great and Small weekend, I've put together a to do list, which will appear in the top navigation bar shortly.
Here are some photos of the event. 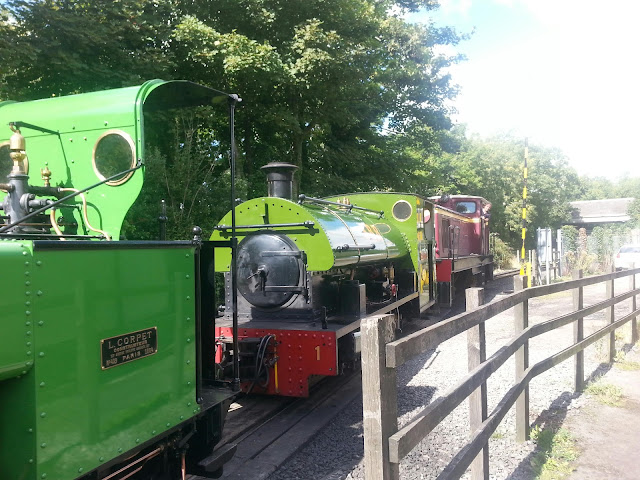 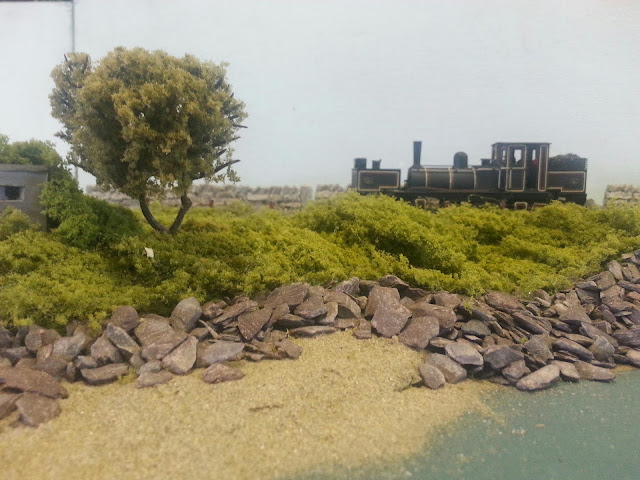 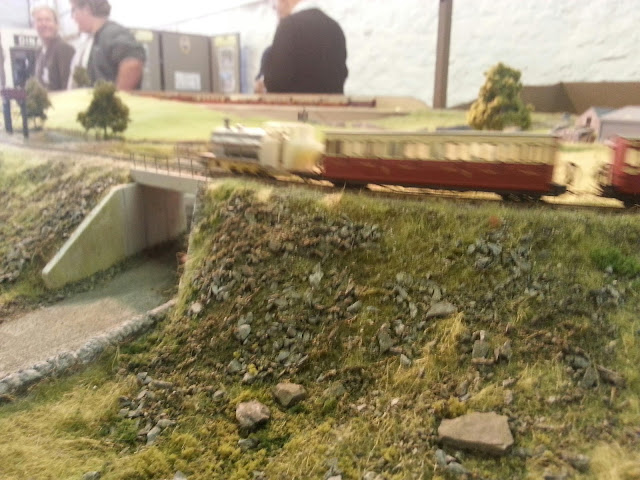 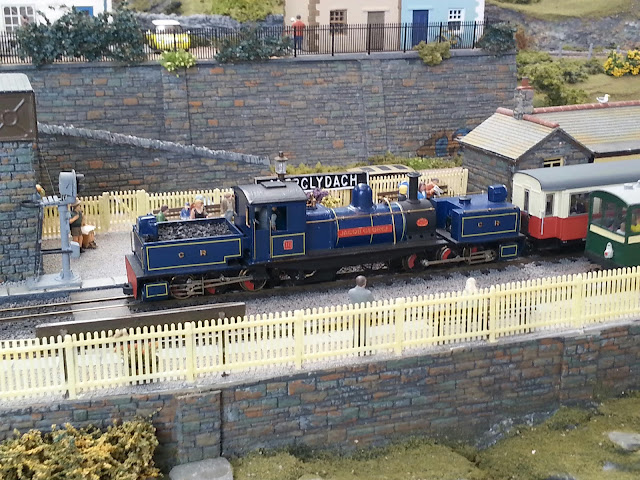 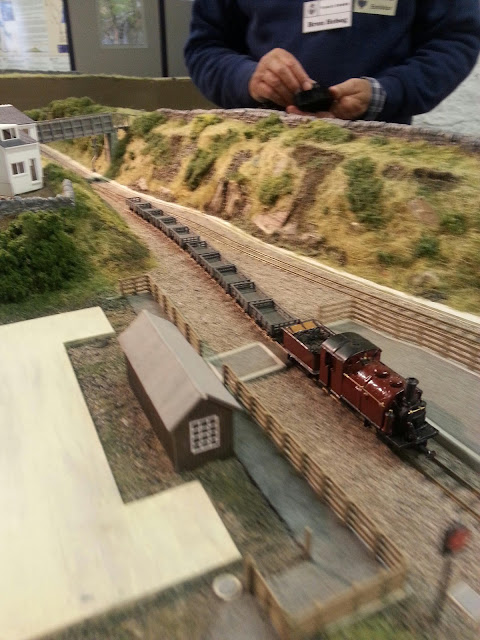 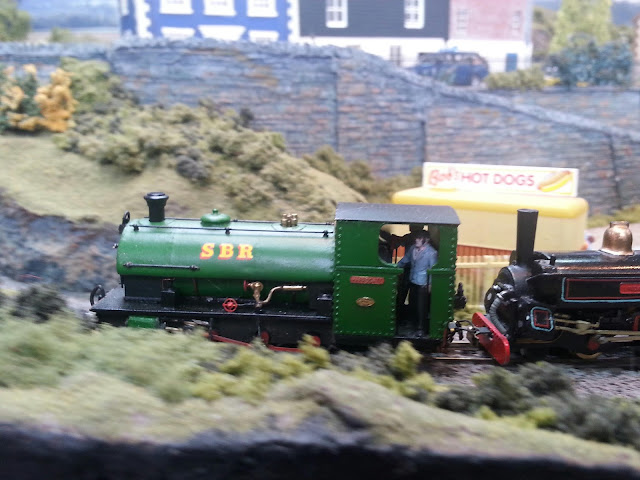 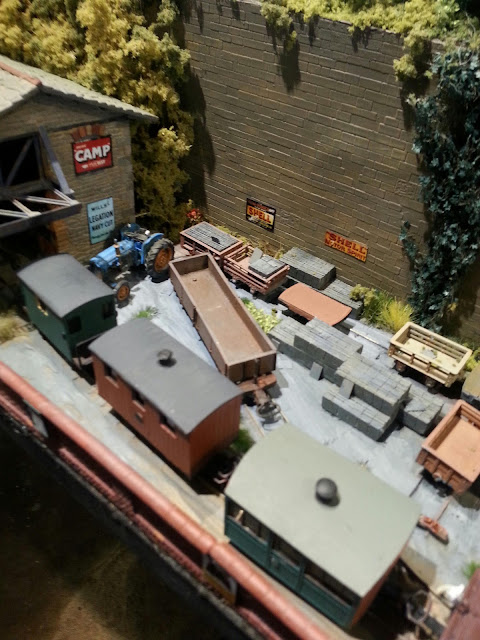 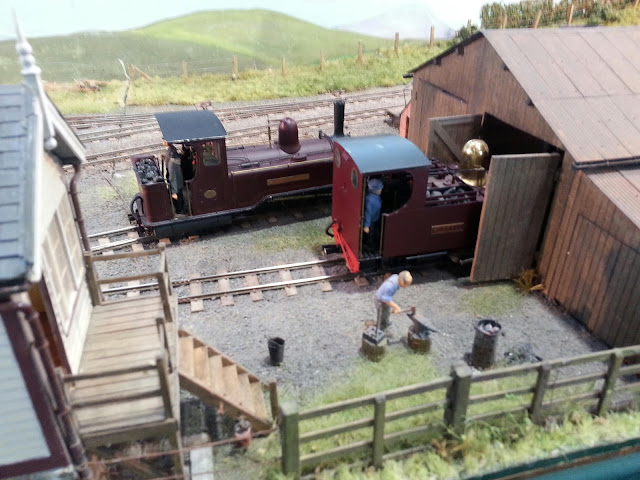 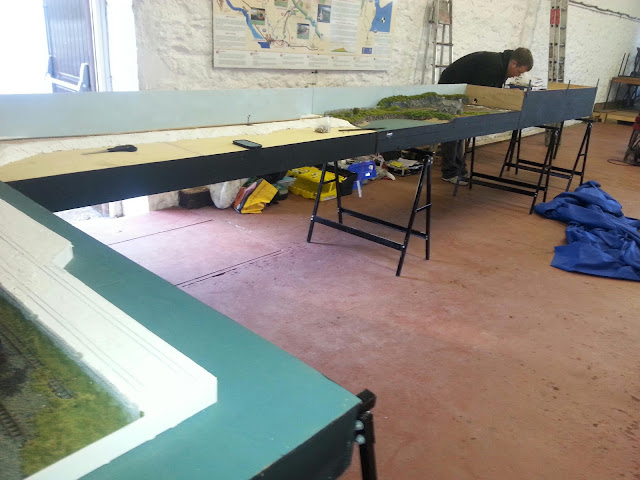 Up and almost running

Well, the layout has been set up at Dinas' goods shed. We're sharing the shed with 3 brilliant Layouts. Bron Hebog, Tipton and Anne Wharff.
We're also sharing it with the F&WHR shop, the Bar and the chippy van is just outside.... this is heaven!
Anyway, there are a few small issues that need to be sorted, bug trains are running. I spent some time taking pictures of the other layouts, but by the time I arrived at my layout, the camera was dead.
So for now, I leave you with some photos of the other layouts. 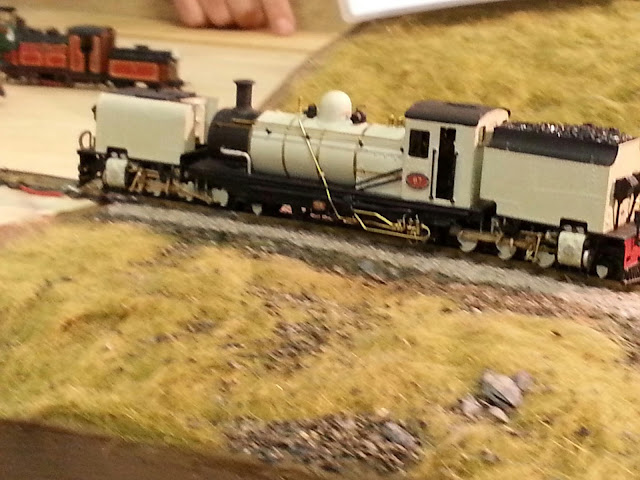 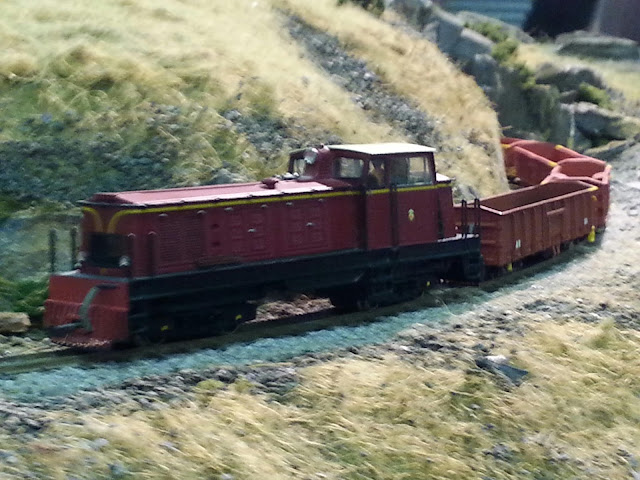 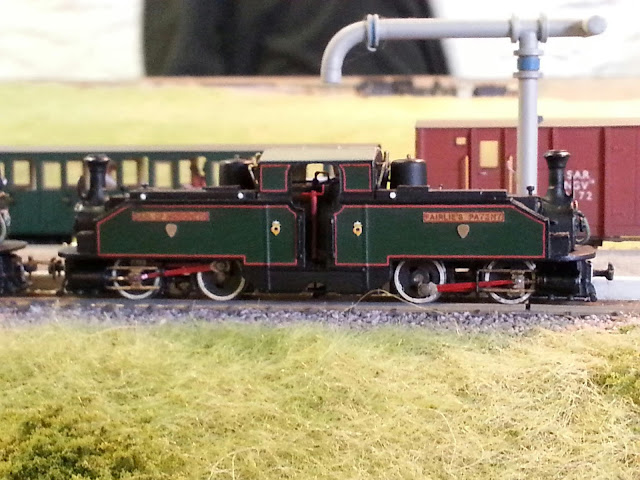 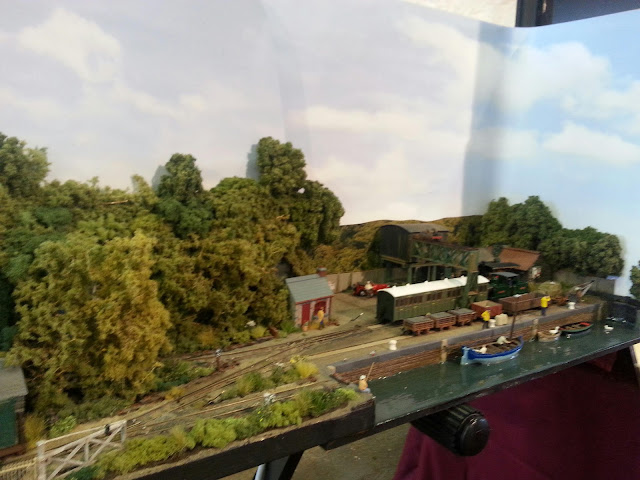 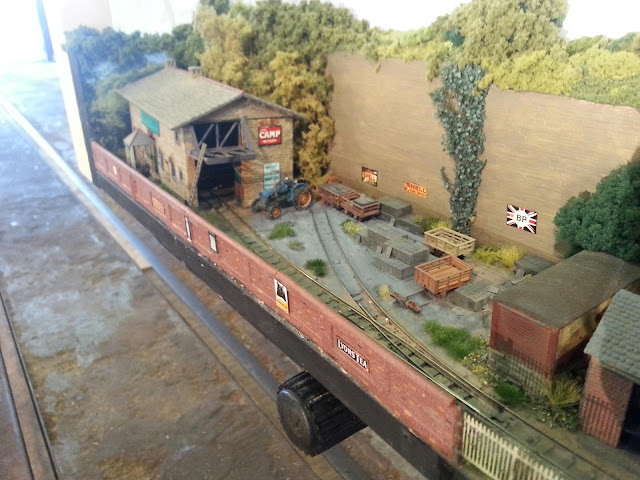 Posted by Huw Einion Jones No comments: Links to this post

The Earls chassis has been mostly built. The two N-drive chassis has been wired together and a cradle made to hold both together in double Fairlie fashion.
After a spin arround the test track, it's lacking the power to pull 4 carriages (maximum amount it can pull due to size of station platform).
So lead was placed on top untill it would pull 4 carriages, it weighed 150g when it could finally pull 4. So now I need to fill the inside of the engine with lead untill it weighs 150g.
Some people might think it'll be difficult with the amount I need to put in there.... But I have a plan! 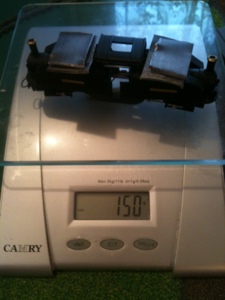 Posted by Huw Jones No comments: Links to this post