Another Fairlie from Boston Lodge

Almost all staff, voulenteers and any enthusiast that visits the Ffestiniog Railway, will know that the FR, is where Robert Francis Fairlie finally developed a working (efficiently) double engine, and waved the patent fee for all Fairlie locomotives built there. But I can bet that Robert Fairlie never anticipated that a 4mm/1ft Fairlie would be built!
Today was spent machining a boiler barrel for my next project, a Merddin Emrys in 1963 condition, just after it's first Major overhaul since voulenteers had started to rebuild the FR.
It was a very basic machine, it had no sandpots or cab, square edged tanks which where painted in red-oxide primer. It was oil fired and the crews where exposed to the elements, the driver had a little more protection, as his side had 'half height' can sheet (as high as the top of the tanks) whilst the poor fireman had a quarter cab sheet, with handrails at tank top level to stop him tripping over the cab and falling out!
For me, the 60s and 70s are the most interesting period of the FRs history, locomotives where made to run, not to look good, the line was quickly being extended towards Blaenau and locomotives such as the Ladies, ALCo, Peckett and a little known of Austrian Tank was purchased for potential mainline use. Most of which are still in use today.
Here are some photos of the bits I made (including some brass domes for the earl.) The boiler barrel for Merddin is still unfinished, it hopefully, will be finished over the next week. Merddin will have similar shaped domes, but made from steel, painted black.
If anybody requires some domes for they're engines (instead of horrid brass painted ones) let me know, I'm sure I could help. 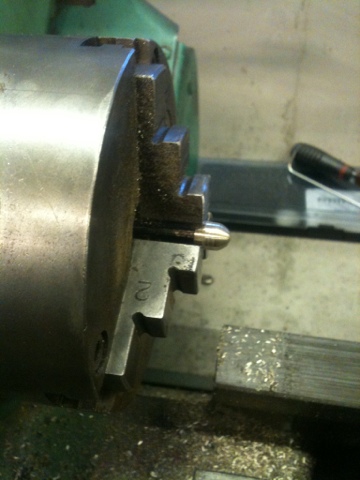 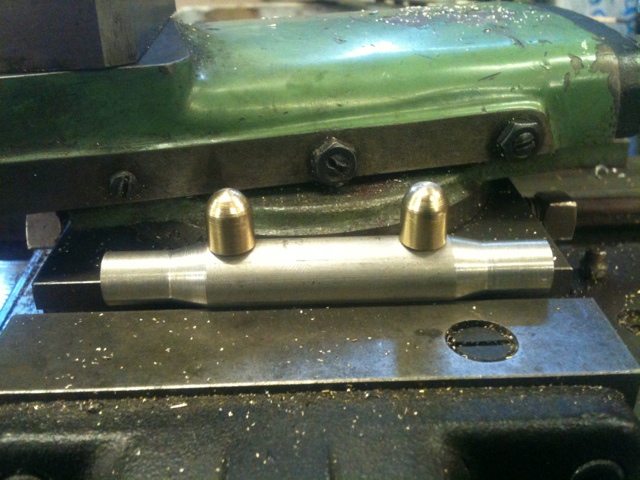